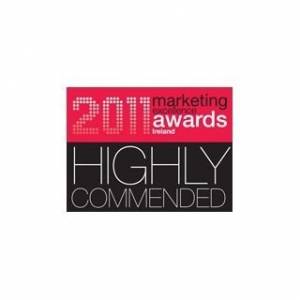 At the Chartered Institute of Marketing Ireland Marketing Excellence Awards 2011 this month Moy Park were up for three awards overall, and were successful in winning a highly commended award for Best Sales Campaign using traditional promotional mechanisms in 2011. As well as this award Moy Park were also short listed for the top award in the Food & Drink category. The night ended on a high as Lyle Bailie, who created Moy Park's campaign, won a special CIM award for their DOE anti speeding campaign which has been recognised by the European Parliament for special merit. It was a good night all round and Moy Park are very happy to be recognised at this level by CIM. Fingers crossed for similar success next year!