Moy Park staff have a crack at TV’s Eggheads 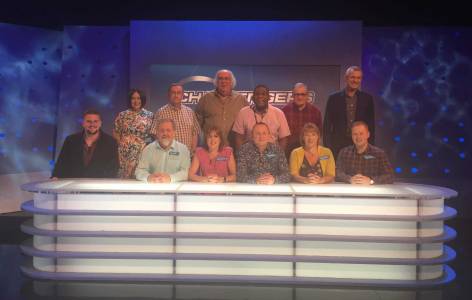 The leading UK food company has supported Farm Africa for a number of years. The charity is committed to tackling the global challenge of hunger and supporting farmers in eastern Africa so they can increase harvests, become self-sufficient, start businesses and feed their families for the long term.

“The whole team had a brilliant time filming with the Eggheads. It was a hugely enjoyable experience and a great day all round, made all the more worthwhile knowing money raised was going to Farm Africa. We were very disappointed to lose to the Eggheads but it was a great way to let more people know about the charity’s vital work.”

In 2015 Moy Park announced a partnership with Farm Africa committing to raise £100,000 for the charity over three years. As well as taking on the Eggheads for charity, the company’s team members have taken part in marathons, cycle rides, mountain climbs and a host of other fundraising activities and challenges.