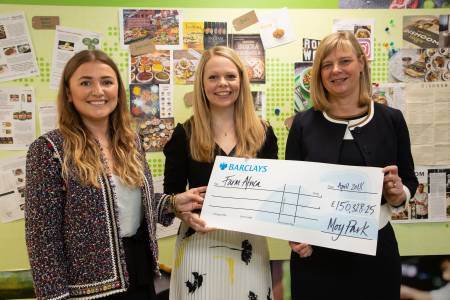 As part of Responsible Business Week, top UK Food company Moy Park has announced that a total of over £150,000 has been raised for charity partner Farm Africa.

Moy Park announced its partnership with Farm Africa in 2015, aiming to raise an ambitious £100,000 for the charity over a three-year period. The charity is committed to combating poverty and supporting farmers in eastern Africa, so they can increase harvests, become self-sufficient and start businesses, while protecting the environment for years to come.

Over the past three years, Moy Park employees have taken part in a variety of fundraising activities such as mountain climbing, competing in marathons and cycle relays, and most recently completing a gruelling seven-day hike up and across Mount Elgon on the Tanzania-Uganda border and building beehives in the ‘Big Beehive Build’ in Tanzania’s Nou Forest.

“We are delighted to have achieved this milestone and I would like to thank everyone for their energy and dedication in supporting Farm Africa’s great work. Farm Africa’s commitment to tackling hunger with projects that empower farmers and equip them with the tools to start businesses is an incredibly worthy cause, and it has been a privilege supporting this initiative. It is really fulfilling to see that our action making really positive changes to people’s lives in Africa.”

“A huge thank you to Moy Park for all their hard work and determination in absolutely smashing their target and raising over £150,000 for Farm Africa. Millions of farmers in eastern Africa are trapped in poverty due to agricultural yields and profits being a fraction of the potential. Moy Park’s generous support will help give more farmers the support they need to grow more, sell more and sell for more. This partnership is a fantastic example of how the food industry can work together to make change happen.”