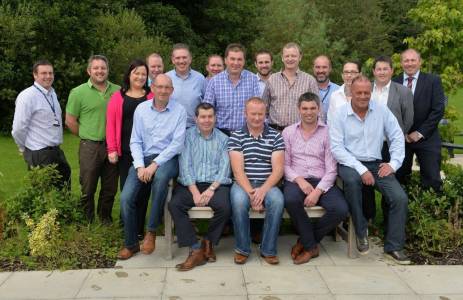 The nine farmers are now officially members of Aviagen’s ‘Ross 400 Club’, a forum which acknowledges and rewards those broiler farmers who achieve a European Production Efficiency Factor (EPEF) of 400 or more with their flock. Less than 5% of poultry flocks in the UK reach this level.

“We are thrilled that so many of our farmers are now members of the prestigious ‘Ross 400 Club’. Winning this award means our farmers are operating to world class standards across every level of poultry production - from animal health and welfare to operational effectiveness. This, coupled with Moy Park’s industry leading farming and operational facilities, means we are ensuring that consumers and customers are receiving the highest quality products.”

“The Ross® 400 Club recognises the hard work that farmers put into their broiler flocks. We’re so pleased to welcome nine more winners to the Club; they are all a real credit to their stockmanship and we appreciate their commitment to achieving best performance from their Ross flocks.”