An Audience with the Resilient Farmer 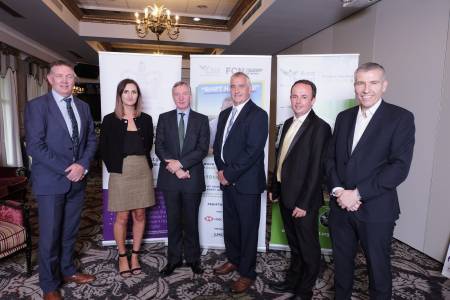 Moy Park is announced as Regional NI sponsor for the upcoming “Shift Happens! An Audience with the Resilient Farmer” tour, alongside the Livestock and Meat Commission for Northern Ireland (LMC).

Doug Avery, AKA “The Resilient Farmer”, is bringing his speaking tour back to the UK, following a hugely successful tour of Scotland in 2018.

The tour, titled “Shift Happens! An Audience with the Resilient Farmer”, has been organised by The Farming Community Network (FCN) and Rural Support Northern Ireland.

Poor mental health is emerging as a considerable challenge in the farming industry. Moy Park is proud to support the ‘Resilient Farmer Tour’ alongside Rural Support and FCN and encourage farmers to consider their mental health as much as they do their physical wellbeing. This promises to be an enlightening event, and we look forward to hearing from the inspirational Doug Avery and tackling what can be a difficult subject for many.

Doug, a New Zealand farmer, has received critical acclaim around the world for his unique approach to farming, the environment and mental health. After years of spiralling debts, drought and depression, he has turned his 5,900 acre farm into one of New Zealand’s most successful farming enterprises, winning several awards on the way. Doug documented his experiences in a book, also titled “The Resilient Farmer”, which has sold over 18,000 copies worldwide.

Doug will be sharing details of his experiences and the journey to where he is now with the aim of inspiring members of the farming community who are looking, or needing, to change their approach to their business and their personal life.

Tickets for the tour will cost £10 per person and will include a light supper for all attendees. Further information about the tour, including venues and details of how to book tickets throughout September and October, can be found at www.resilientfarmertour.co.uk